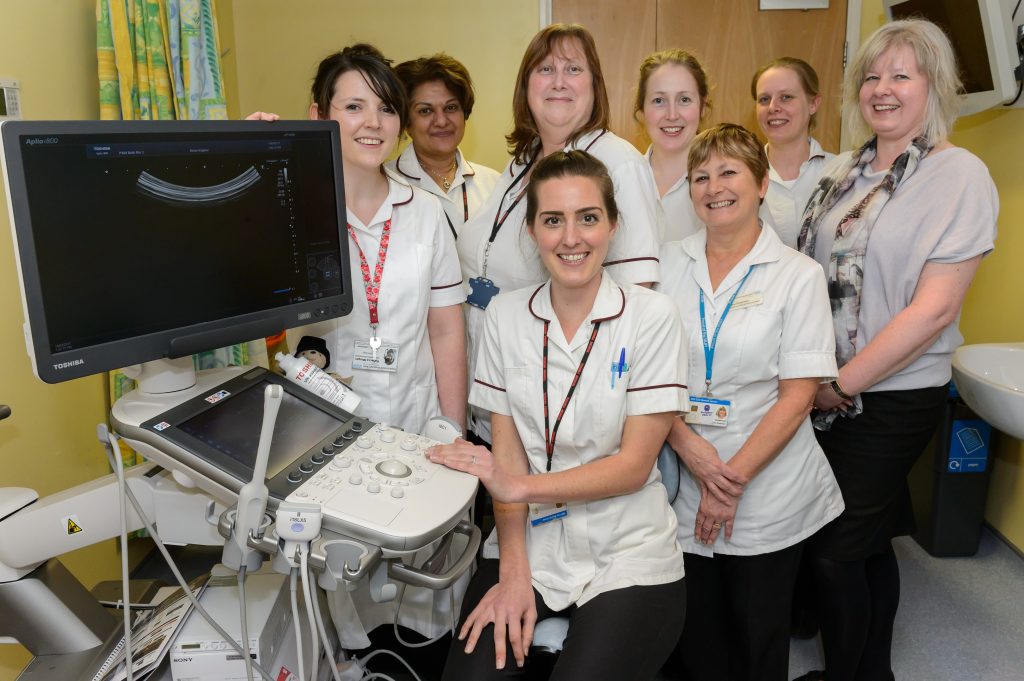 Key features of the new equipment appreciated by the hospital include the SMI technology, and the multiple frequency probe design, which encompasses the traditional 6 and 3.75 MHz curved array probe in one unit. This innovation saves on cost and promotes efficiency of use since the need for switching between probes during an exam is negated. In addition, the design of the probe is larger than the usual 6 MHz version and is therefore more ergonomic, preventing RSI.

Tracey Blacker, Team Leader comments, “In the past our department has always chosen Canon Medical ultrasound equipment, which means that the products have a familiarity, which aids in training and also reduces the need for extensive applications support, an inevitable cause of reduction in throughput.” Productivity is always important in a busy acute hospital setting,  and as well as saving time, having the same equipment also assists in probe connectivity -(for several years the department had one linear probe shared between five machines, a major cost saving”. Tracey continues, Canon is very innovative with numerous training days up and down the country and the applications support and aftercare/service are excellent, so that we are able to get the most out of our equipment”.

SMI offers colour flow imaging with unmatched detail and definition. It expands the range of visible blood flow to visualise low-velocity micro-vascular flow as never seen before with diagnosis ultrasound.

Aplio i-series ultra-wideband transducers cover the same bandwidth as two conventional transducers, providing superior sensitivity and resolution for both the near and far field. As well as helping to reduce cost, this revolutionary transducer design can also provide better imaging regardless of the patient condition

The new series features new beam-forming technology, iBeam, which optimises the efficiency of the beam, increasing penetration, spatial resolution and contrast resolution, while at the same time, reducing artefacts and clutter. It also comes with intelligent Dynamic Micro-Slice (iDS), which increases clinical accuracy and reveals more detail in all depths by electronically sharpening the imaging slice thickness.

Intuitive ergonomics boost productivity during daily routine and complex exams with iSense, which offers an image-guided user interface to visually guide the physician through the exam, simplifying system operation and helping improve efficiency. In addition, to make the ultrasound exams faster, the system features touch control screens and real-time quick scan, which makes automatic image adjustments without pushing a button.

Canon Medical Systems has a carbon-zero project in place. We have calculated the carbon footprint for each of our products to include manufacturing, shipping, delivery and average hospital energy used for the standard lifetime of the equipment as follows: 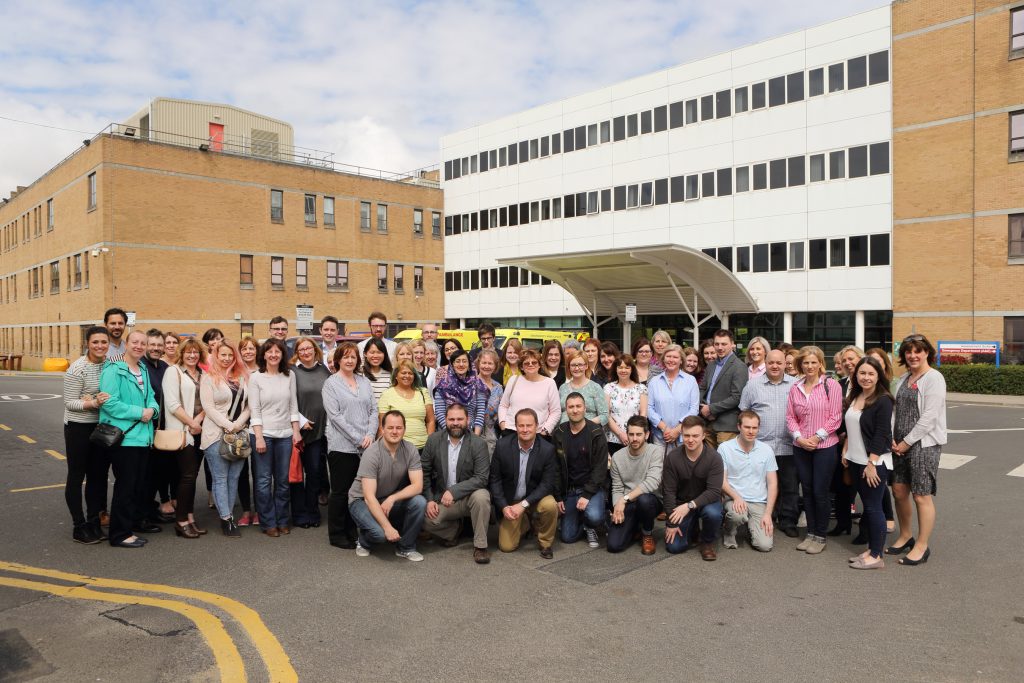 Canon Medical Systems recently sponsored the North East Ultrasound Study Day. This inaugural meeting attracted sixty attendees from across the north east of the country. Due to Canon’s sponsorship, and also the speakers at the Study Day offering their services free-of-charge, it was possible to offer the event free-of-charge to delegates.

After the opening remarks by Ben Stenberg, Ms Khalida Jan, Consultant Sonographer at Sunderland Royal Hospital present in “Thyroid (BTA classification), what they are and why we should be using them”. This was followed by Dr. Tim Hoare, Consultant Radiologist at the RVI speaking on “Appendicitis and what to do and when it isn’t”. After the coffee break, there followed a lively debate on “The future of sonographic education: Provider versus Manager”, led by Simon Richards of Teesside University and Richard Morrell from Northumbria NHS Trust. The morning closed with a lecture by Dr. Andy McNeill, Consultant Radiologist at the RVI on “Fusion ultrasound, not just for intervention.”

Ben Stenberg closed the meeting, and commenting on the day Ben said, “It was a fantastic day and great to see so many sonographers together from around the region with the appetite for educational events such as this. It is something I have wanted to set up for a long time and hopefully it will be the start of many more. Education and professionalism is so vital in maintaining and improving standards in patient care and I am glad others see it the same way and were prepared to give up their Saturday for the cause. And, of course, it would not have been possible without the excellent speakers and sponsorship from Canon, which was very much appreciated.”