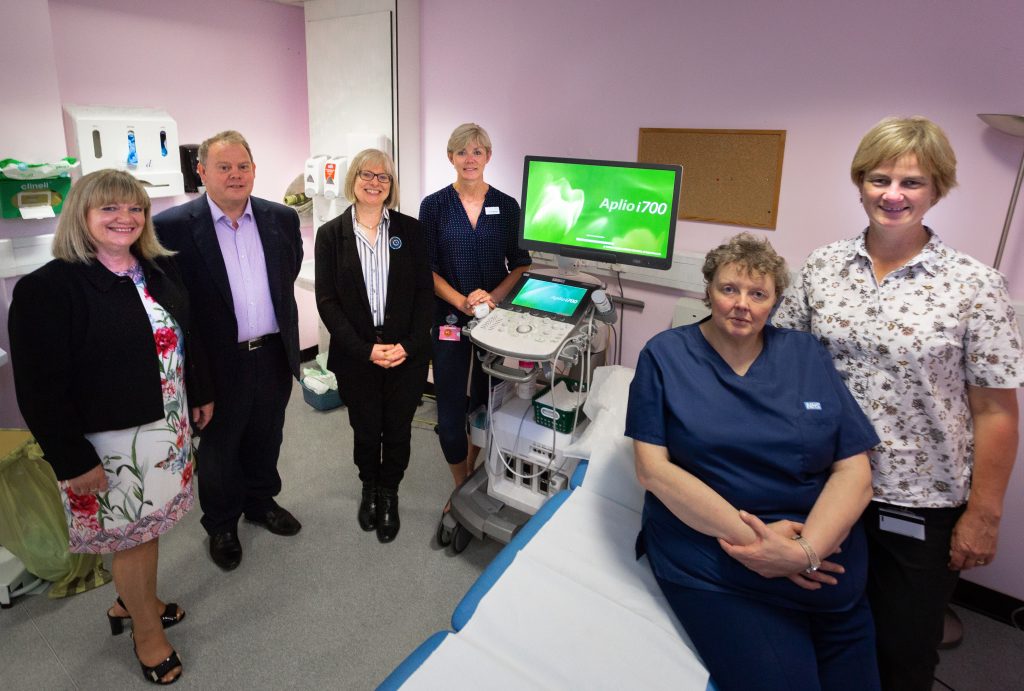 Dr. Elizabeth Cave, Clinical Director says, “We selected the Canon system for its excellent image quality, especially penetration and easy visibility of all structures, superficial and deep. The probe is easy to use and we have all the functions on the one probe. In addition to breast imaging, it is also excellent for vascular studies and can be used for other imaging, if needed, but this is less of a consideration as it is so well utilised and needed by the breast imaging service.”

The Aplio i-700 combines outstanding image quality with exceptional ease-of-use and a wide range of expert tools. The ultra-wideband linear transducer provides superior sensitivity and resolution for both near and far field, with its revolutionary design facilitating better imaging regardless of the patient demographics. In addition, especially useful for breast imaging is the added feature of high-frequency shear wave elastography software and Canons unique SMI micro vascular Doppler imaging.

Dr. Cave continues, “We like the simple design of the settings on the ultrasound console, and we think that the equipment is sturdy and will be long lasting. In addition we also had strong recommendations about its functions from other centres. In fact, it is a fantastic asset to our breast unit both screening where it is installed, and also symptomatic breast work. And, lastly, another important factor that influenced our choice was the understanding of unlimited training and the good support provided by Canon Medical Systems.” 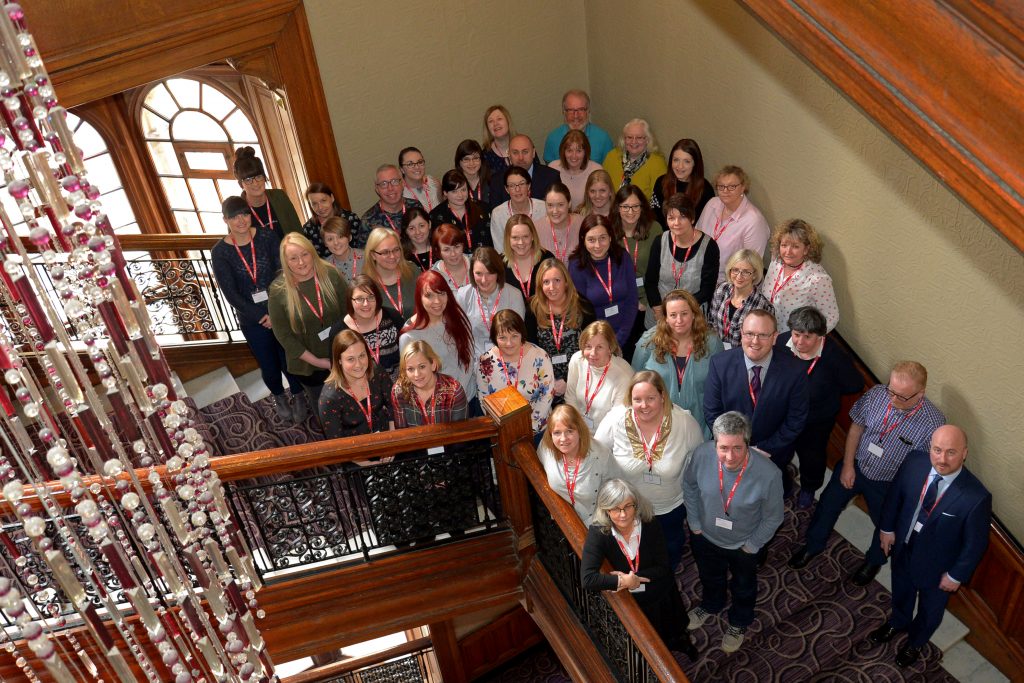 As a result of both the success and popularity of its previously held education events, Canon Medical Systems once again took to the road to visit Scotland as part of its series of CT Dose Optimisation Study Days.  The event was held at the Grand Central Hotel in Glasgow and was fully subscribed, with over forty delegates, some of whom had travelled from as far away as The Western Isles.  Delivered as part of Canon’s Applications for Life commitment, this event was provided free-of-charge to Canon CT customers. The event, aimed at radiographers, included presentations on Image Quality, Noise, its management in CT scanning and Dose Optimisation, supported by practical demonstrations using the Aquilion CT interface software. In addition, the Canon CT modality team presented on Canon Medical Systems’ advanced technologies, covering SEMAR, Dual Energy and SURESubtraction.  With the new regulations coming into force, the team also included an update on IRR 17 & IR(ME)R 17.

Feedback was, once again, very positive. The quality of presentations received high ratings as did the relevance and range of subjects. In addition, almost as highly scored was the quality of the venue and catering. Typical comments included, “Good coverage on a range of topics; very good level of information”, and “I have taken away a lot of information from this course, which will help improve my everyday working practice; very worthwhile”.

In his engaging talk, Professor Pickhardt said colorectal cancer is the second leading cause of cancer death in both men and women.  This is a preventable disease and even early cancers are effectively treatable. In many parts of the developed world it is either under-screened or not screened at all, whilst in parts of the USA arguably too many colonoscopies are performed, which reveal many tiny polyps, very few of which will ever turn into cancer. He went on to describe the optimum screening process using CT colonography and then outlined the polyp to cancer sequence, CT colonography overview, and covered both static and dynamic predictors. He finished with a positive message that a prolonged window exists for colorectal cancer prevention and early detection and that CT colonography is highly attractive for population screening.

Professor Pickhardt has a worldwide reputation as a clinician, academic, and educator in GI imaging. He is currently Chief of Gastrointestinal Imaging at the University Of Wisconsin School Of Medicine and Public Health, and the Medical Director of Cancer Imaging at the centre. Originally graduating in physics, he had a career in the US Navy as a radiologist, including a period at Guantanamo Bay, Cuba.

BIR President Andy Rogers said “Professor Pickhardt’s talk was a tour-de-force of the current evidence surrounding the diagnosis of colon cancer and the important role of CT Colonography (CTC) in that diagnosis. It was a pleasure to welcome Perry to UKRCO and I wish him every success in forwarding the cause of colon cancer screening by CTC.”

After the lecture, Professor Pickhardt was presented with a commemorative trophy. He said, “I was truly honoured to receive the BIR/Canon Mayneord Award and be given the opportunity to deliver a lecture at UKRCO in Liverpool.”

Mark Hitchman, Managing Director Canon Medical, who presented the award, said, ”It is crucial that we, as society, take note and act on the extensive knowledge and experience of people like Professor Perry Pickhardt, because early intervention with diseases like colon cancer means outcomes are so much better for patients, and affordable for healthcare systems that are increasingly over stretched”.

The BIR Canon Medical Systems Mayneord Memorial Lecture is an annual award made to an individual or a group of collaborators in recognition of recent or current contributions in the wide and expanding field of radiology. The lecture was founded in 1984 in memory of Professor Val Mayneord CBE FRS, past President of the BIR. The lecture is given at the annual UKRCO.

The award recognises values, skills and contributions at the forefront of medical imaging, in line with its sponsor, Canon Medical Systems’ commitment to education.

The lecture can be viewed on the UKRCO website here https://ukrco.org.uk/webcasts/ 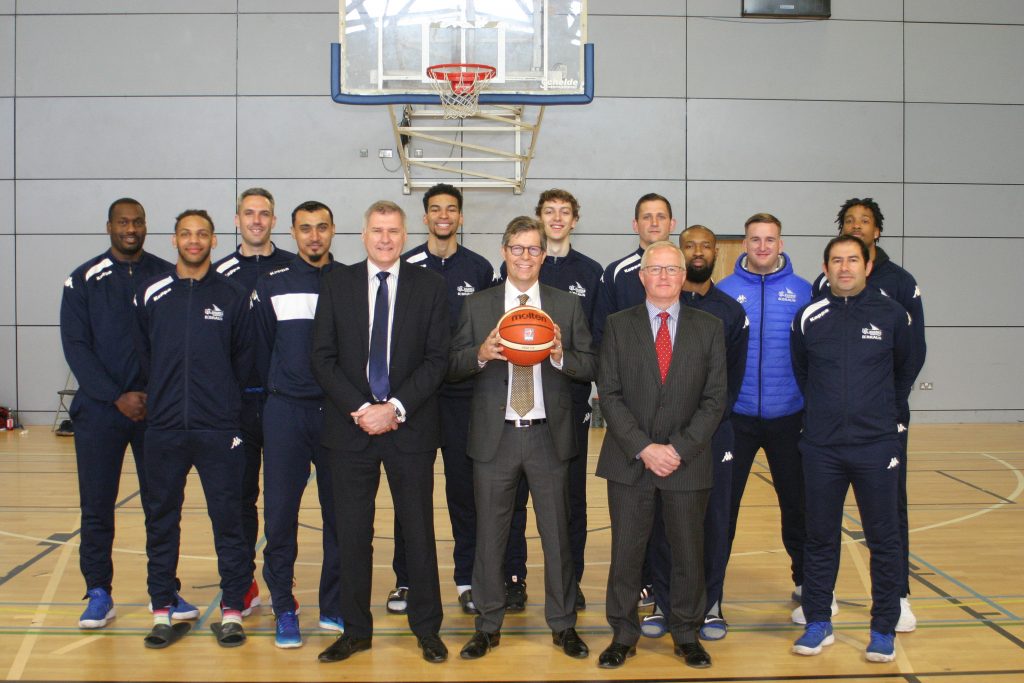 Medical imaging experts, Canon Medical Systems UK has announced its ‘Respect’ project in association with professional basketball team Sheffield Sharks. The unique programme will focus on improving the opportunities for young people to break away from a cycle of disadvantage, giving hope and confidence, plus practical skills to better opportunities in life.

Secondary school exclusion rates in the Sheffield area including Rotherham and Barnsley are some of the highest in the UK1. Each year thousands of children are asked to leave mainstream schools due to behavioural issues that impact on teachers and the learning of other pupils. It is a last resort for schools, but a growing problem.

Working with Sheffield City Council, Sheffield Sharks provides an outreach programme with schools that includes a full time teacher and classroom at their training ground. This facility takes 50-60 children each week between the ages of 9-11 years to provide a focused environment to break the negative cycle of behaviour before they reach secondary school age. Its success includes 100% pass rate in pupils achieving City & Guild qualifications and new found philosophies about teamwork and community by playing basketball and cheerleading.

“The children we receive, many from black and minority ethnic groups, have little exposure to purpose or community in their families or in the areas that they live,” states Sarah Backovic, Managing Director at Sheffield Sharks. “Through the culture of basketball and the team spirit it encourages, we can give people boosted purpose to positively overhaul their direction and have beliefs that they can achieve. In our Respect project we teach them that education and academic qualifications are vital; that health & wellbeing in the areas of food nutrition and online safety are key; and that sport can lift spirits and channel energy in a positive direction. Our philosophy has many synergies with the ethics and ethos at Canon Medical Systems and we are hugely excited about their support to power this project further.”

“The community projects that Sheffield Sharks run attracted our interest as they fuse many of our interest areas in the fields of sports, health and working together for common good,” states Ian Watson, Commercial Solutions Director at Canon Medical Systems UK. “Respect is important in all areas of our lives – it helps us aspire, it makes us friends and is a basic life skill. If we can play a part in changing the lives of young people and breaking the cycles that they are sometimes born into, we can feel satisfied that our initiatives and innovations inside and out of the hospital environment, will make a huge contribution to society.”

In addition to exclusion education, the Canon Medical Systems’ Respect project in association with Sheffield Sharks will provide workshops to schools to educate on respect issues such as cyber-bullying, bullying, health and fitness. The community links also promote getting involved in team sports, such as basketball to channel energies in a constructive way.

Work on a community basketball arena for DBL Sheffield Sharks is due to start this year at the Sheffield Olympic Legacy Park. 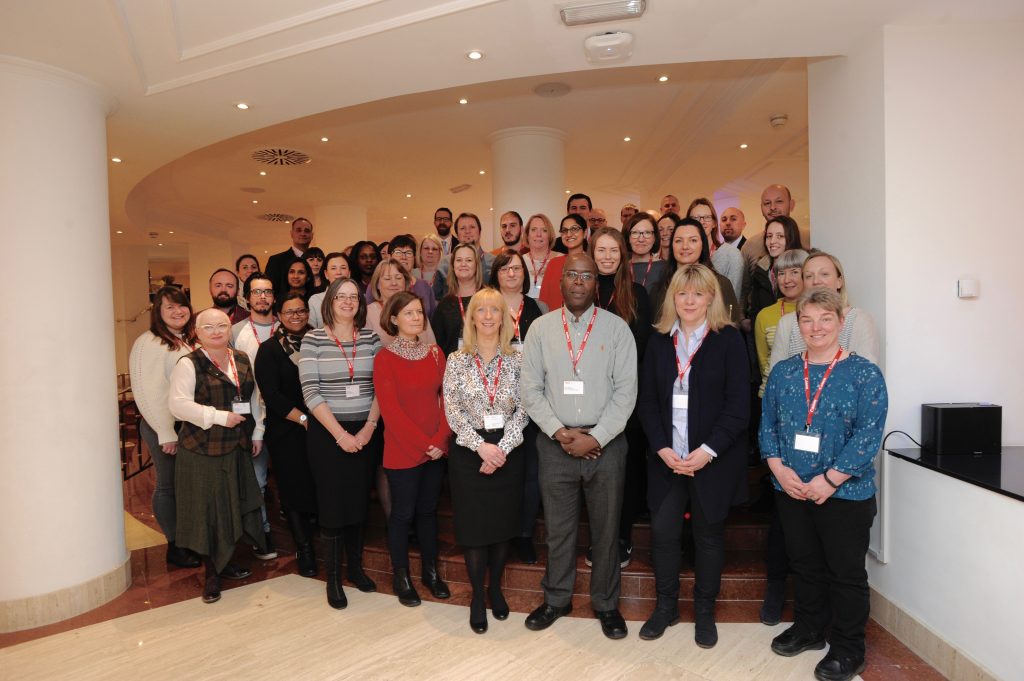 Due to the success of previously held educational events, Canon Medical Systems took to the road again with its Aquilion CT Optimisation study days. The first location in the series of three events was Newport, Wales; the roadshow then travelled to London and finally visited York. The events, aimed at Radiographers, covered: Image Quality; Noise and its management in CT scanning; Dose optimisation including practical demonstrations using the Aquilion CT interface software; Advanced Canon Medical Systems technologies, such as SEMAR, Dual Energy and SURESubtraction and an update on IRR 17 & IR(ME)R 17.

Mark Thomas, CT Modality Manager at Canon Medical Systems; “We offer these study days, free of charge to our customers, as part of the company’s ‘Applications for Life’ commitment. The programme was designed to support users in getting the most from their equipment, as well as reassuring them that they have continuous support from Canon Medical Systems.”

Feedback on all the individual study days has been very positive. The quality of presentations received high ratings as did the relevance and range of subjects. In addition almost as highly scored were the quality of the venues and the ability for delegates to network.  From the Celtic Manor Hotel, set in the Usk Valley, in Wales, to The Principal Hotel in York, delegates at all the venues enjoyed a stimulating and informative day in relaxed surroundings.

The overwhelming demand from delegates was for the study days to be continued, with comments ranging from: “Please do this every year; more and more please, thank you” to “Can I get on a mailing list for future events?” Other feedback included “Very informative and relevant to everyday practice.”  Presenters were very approachable, and all had excellent knowledge and knew the subject inside out.  Good coverage and relevance.”