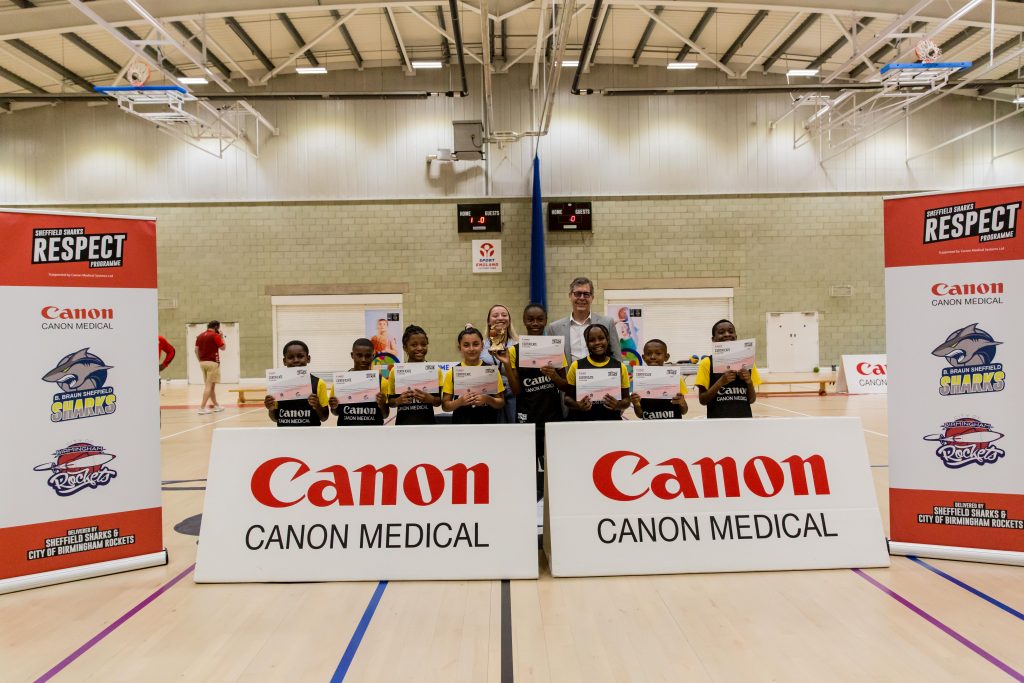 The competition includes 20 schools (10 primary and 10 secondary)  across Birmingham, with students receiving healthy lifestyle workshops and basketball coaching delivered by the Sheffield Sharks and City of Birmingham Rockets in the lead-up to the tournament. The winning primary and secondary school will each receive a £1,000 voucher to purchase sports equipment, encouraging continued participation in sporting activities

The workshops focus on themes around healthy and active lifestyles, reflecting on the government’s national strategy ‘Towards an Active Nation’. They will incorporate key values of the RESPECT programme, including issues such as cyber-bullying and bullying, and will aim to break negative cycles of behaviour, using role models to inspire this change.

The tournament extends the Sheffield Sharks RESPECT Programme, supported by Canon Medical, to Birmingham. This programme already helps to improve chances for young people to break away from the cycle of disadvantage around the Sheffield area. Basketball is the chosen activity as a national team sport and statistics show it is increasingly popular amongst young people, often from Black, Asian, and Minority Ethnic (BAME) backgrounds which often correlate with the economically disadvantaged areas of the UK.

Marko Backovic, Head of Community at the BBraun Sheffield Sharks Basketball Club said: “As sport plays such a vital role in positive development throughout childhood, it is great to be able to broaden the RESPECT programme and offer the scheme to more young people across the UK. With the help of Canon Medical, we have been able to see first-hand the positive impact that these workshops and tournaments have, which we hope will motivate young people around the country”.

Mark Hitchman, Managing Director of Canon Medical Systems UK said: “We can already see the positive impacts that the RESPECT scheme is having on local children, families, and the wider community in Sheffield. We are, therefore, extremely proud to be able to bring this level of support to more communities around the country.”

The scheme was delivered by the Sheffield Sharks in collaboration with the City of Birmingham Rockets, with the aim to educate schools about other local activities and sports clubs.

Picture Caption: St Francis Catholic Primary School, who were the champions at the inter-school basketball tournament.