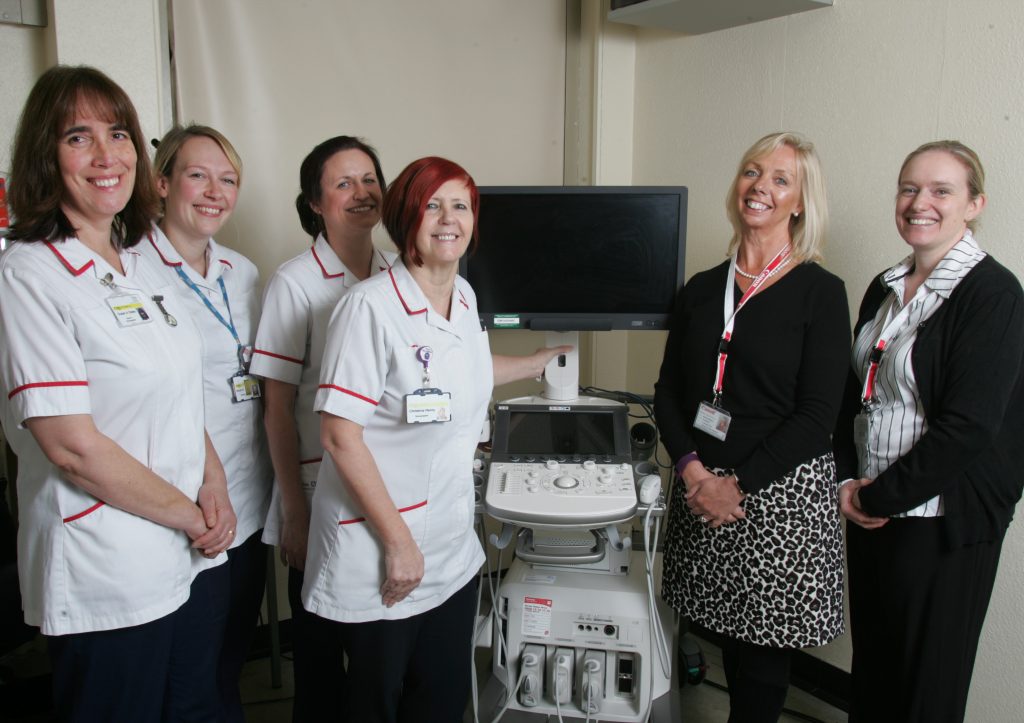 Airedale NHS Trust recently purchased two Canon Medical Systems Aplio i-700 ultrasound systems, one system for use in the hospital, and the second system for the Keighley Medical Centre. Users at both sites are now able to enjoy state-of-the-art technologies such as such Superb Micro-vascular Imaging (SMI), and ultra wide-band i-series transducers.

Both systems will be used as ‘work horse’ machines. The Airedale Hospital scanner has been purchased for the antenatal clinic where it is anticipated that the improved image quality will enable the clinic to shorten waiting times and also cut down on the number of patients having to be called back for rescans. The system at Keighley Medical Centre is used for all disciplines within ultrasound, including abdominal, gynaecological, obstetric and vascular scanning.

The new systems replaced two existing units and the Trust selected the Canon Medical Systems for their image quality, reliability, as well as the excellent customer services support.   They also like the ‘look’ of the new platform and its ease-of-use due to fewer buttons and a larger touch screen.   In addition, the fast boot-up times makes the starter of the day much quicker.

The i-700 series features new beam-forming technology, iBeam, which optimises the efficiency of the beam, increasing penetration, spatial resolution and contrast resolution, while at the same time, reducing artefacts and clutter. It also comes with intelligent Dynamic Micro-Slice (iDS), which increases clinical accuracy and reveals more detail in all depths by electronically sharpening the imaging slice thickness.

SMI offers colour flow imaging with unmatched detail and definition. It expands the range of visible blood flow to visualise low-velocity micro-vascular flow as never seen before with diagnosis ultrasound. The ultra-wideband transducers cover the same bandwidth as two conventional transducers, providing superior sensitivity and resolution for both the near and far field.