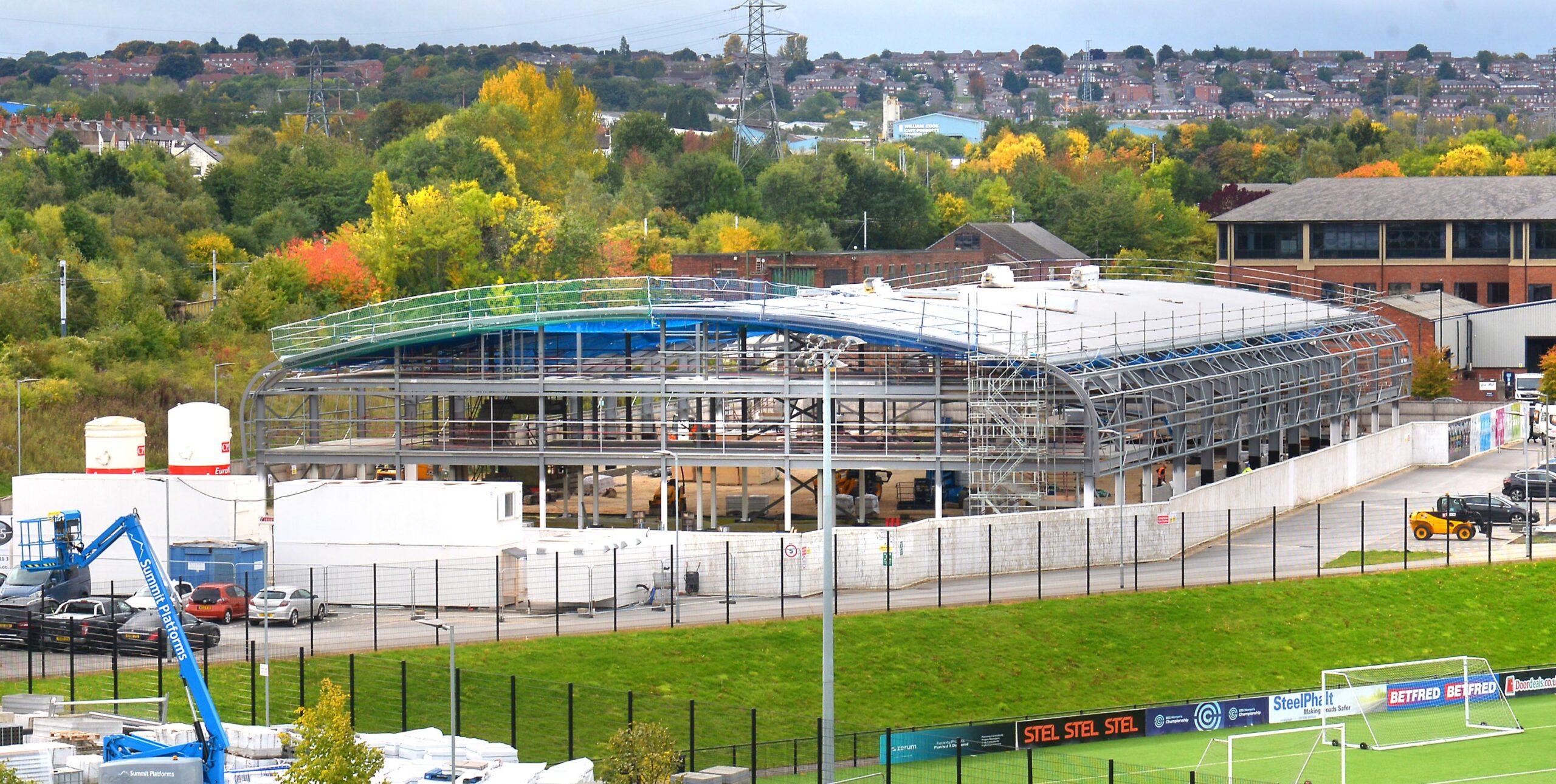 “If you want to see the future, look back at the past…” Albert Einstein.

The Great British industrial revolution, brimming with innovations, began in Northern England. Cities were epicentres of transformation via the growth of heavy industry such as weaving, steelmaking, and ship building. At the same time, poor health and living conditions, long working hours and rapid population growth from immigration, triggered positive political and social change.

Today, cities such as Sheffield – known for its proud industrial heritage and subsequent decline – are rejuvenating once again through local and national Government regeneration and investment programmes to support communities such as the Levelling Up Fund.

The UK’s greenest city
Even before the Government mantra of ‘levellingup’ was heard, the ‘Steel City’ was brimming with new industry,  engineering and manufacturing. It was the UK’s first ‘National City of Sport’ and boasted Sebastian Coe and Jessica Ennis as sporting alumni; it began thriving in digital-tech incubation and acceleration; it was named the UK’s greenest city with 4.5 million trees, more than any other city in Europe; it features two world leading universities and one of the UK’s busiest and most successful NHS Foundation Trusts; it is the proud location of Sheffield Olympic Legacy Park – the world’s only Olympic Legacy Park outside of a host city; and it has bold ambitions to be a zero carbon city by 2030.

Canon Medical Systems UK believes that a way to improve people’s overall wellbeing is through proactive health, sport, social engagement, and education; creating a cycle of future health prosperity that boosts a long quality of life. With long links to charitable causes and academic partnerships with health research and development organisations, the city of Sheffield was an obvious choice to build the first community catalyst, a blueprint of sport fused with wellbeing.

Located in the heart of the Sheffield Olympic Legacy Park, Sheffield’s health and wellbeing centre, the Park Community Arena developed by Canon Medical Systems is taking shape, building towards its 2023 opening. As a carbon-neutral built community arena with multi-purpose sports facility and integrated Medical Diagnostics Centre, it will champion the purest vision of what community diagnostics should be about.

Mark Hitchman, Managing Director of Canon Medical UK states, “Where you live should not define how long you live.Keeping people well means striving not just for improvements for the individual, but also for towns, cities and society as a whole. The Park Community Arena will aim to strengthen the community in Sheffield by encouraging healthy, active lives.As an affordable and accessible location for local people, it will welcome the diverse communities of South Yorkshire for proactive health, sport, social engagement and education.

“The Park Community Arena will also create an Artificial Intelligence (AI) incubation hub for research and development for health screening and disease prevention for today and into the future. Supported by our sister company, Canon Medical Research Europe based in Edinburgh, we will create, analyse and build new progressive health innovations that will look to diagnose disease earlier. Prompt detection delivers the greatest change in long-term survival rates and can enable the prescription of simple lifestyle shifts such as diet and exercise before invasive and complicated hospital interventions,” adds Mark Hitchman.

Hope and pride
Renewal and regeneration are at the heart of creating modern healthcare. The city of Sheffield will no doubt become a shining example of how tackling the bleakest of health statistics head on with sport, wellbeing, and healthcare, will create new life certainties, hope, and pride. Preventative medicine can be the strongest means of creating perpetual health for all.